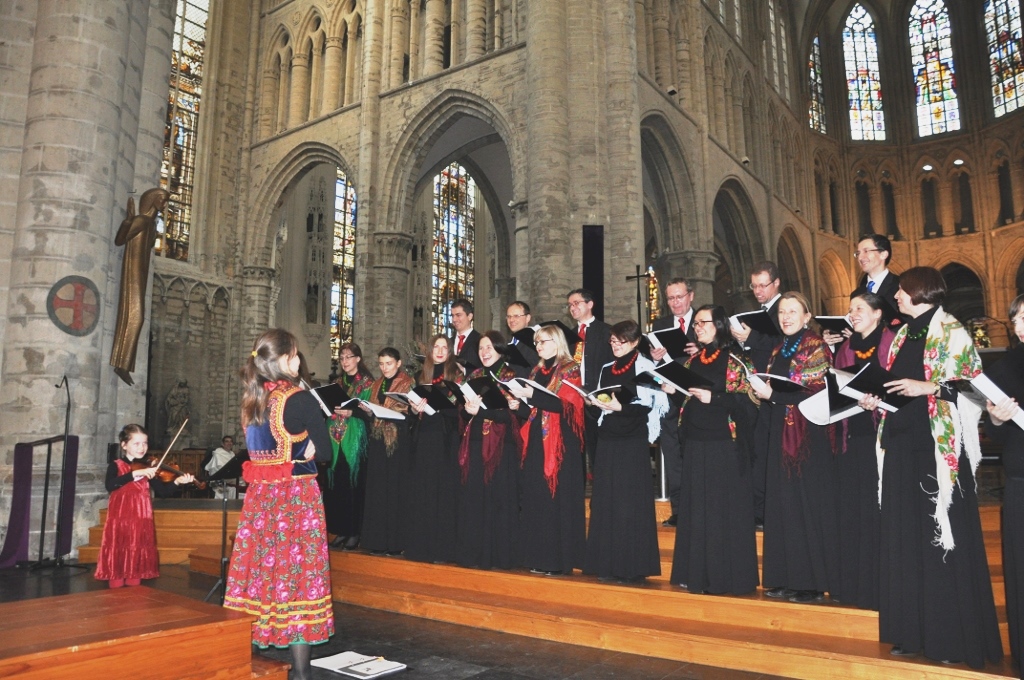 In 2005, Domino Cantes choir was created in Brussels in the Polish Section of the European Catholic Centre on the initiative of the Dominican Father Marian Wojciechowski.

Since its creation it has been conducted by Kinga Rytel-Laycock. Most of the singers in Domino Cantes are officials of the European institutions, or members of their families.

The choir's main venue is the Dominican church at 40 Avenue de Renaissance in Brussels, where it sings at mass in Polish on Sundays at 10 a.m.

The choir has performed in Brussels Cathedral, in the Permanent Representation of Poland to the EU, the Embassy of Poland to the Kingdom of Belgium and in EU institutions and the representations of some Polish regions. The choir also prepared special two concerts. The first of them “Polish Music through the Ages” for the Presidency of Poland in the EU Council in 2011. The second programme was prepared for the Year of Janusz Korczak, the Polish-Jewish educator, in 2012. It was performed together with the international children's choir Canto Bello, also conducted by Kinga Rytel-Laycock.

The choir Domino Cantes has recorded 2 CDs: "Przybieżeli do Betlejem" (a selection of Christmas carols - 2009) and "There Are No Children, Only People" to celebrate Janusz Korczak's Year (2012, together with Canto Bello).

In 2012 Domino Cantes received the Audience Award in the contest “The Pole of the Year in Belgium”.